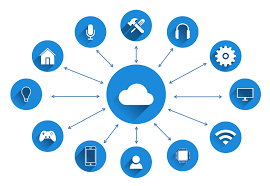 The invention of network-based computing dates back to the 1960s, but the term “cloud services” as we know it now is largely credited back to 2006 when former Google CEO Eric Schmidt introduced it at an industry conference.

For many of those who had already been part of the tech world, the cloud wasn’t exactly new, but to the average consumer, it was groundbreaking.

After the release of the first iPhone in 2007, “the cloud” exploded as this foreign, fascinating thing no one understood, with “Where is the cloud?” being the number one asked question.

Fast forward to 2020 and the cloud is a known quantity among consumers, even those who don’t consider themselves technologically knowledgeable. Gartner predicts that through 2022 the market size and growth of the cloud services industry will be nearly three times the growth of overall IT services.

Software-as-a-Service (SaaS), in particular, is expected to grow over 50% in the next three years, as more than 30% of technology providers will shift to cloud-only offerings according to Gartner.

For many organizations, migrating to the cloud makes sense, with many companies already deploying a hybrid approach of on-premise and cloud.  Even the social media platforms we use every day use the cloud. The most common reasons we find the cloud to be so appealing include:

But there are other reasons to strongly consider making the shift:

A massive benefit of using a cloud service is that security is largely, or fully, the concern of the provider. For the cloud providers, security is a mission-critical element and substantial resources are applied to maintaining the most up-to-date protections and processes.  It is hard to imagine that in-house IT departments have both the same focus and resources to maintain the same or better level of security.

Being web-based is highly secure with a strong firewall provided by a legitimate providers;  e.g., Advanced Cloud Services (ACS), Google Cloud, Microsoft Azure, etc. — big companies with both substantial resources and intense motivations to ensure they attract new customers and retain existing ones.

A big upside to the cloud is the ability to quickly increase computing resources, including CPUs, storage capacities and device types, and graphic/visualization capabilities. For example, a start-up won’t need as much storage to begin with, but over time the need for storage increases as a business takes on new customers, clients, and projects, while established companies already have a greater need.

With the cloud, you can scale up your computing power as needed, accommodating temporary spikes in data or permanent increases, or easily scale down if needed.  The ability to scale can be implemented in a matter of minutes, whereas it used to take days or weeks.  This provides customers with better system response and better user experiences.

The addition of virtual servers for graphics rendering, high-resource computations, and large file transfers gives organizations greater computing performance. Large files of, say, greater than 10 or 25 megabytes used to cause system headaches; now files over 1 gigabyte can be managed without bringing the application to its knees.

Smaller businesses are often tight on time and money, with much of both spent on installing or overseeing software updates. Updates can often be time consuming, with an estimate of businesses spending over 100 hours each month tackling installation and update issues.

We’ve all been there trying to update our computers with the latest software, just to watch the estimated time go from three minutes to three days, or just failing. The frustration is something we all feel and have in common, especially for those who don’t understand why it’s taking so long or how to fix it.

With a cloud provider you don’t need to be a tech whiz if you come across update problems. You can count on someone else to take care of it for you.  Because it’s easier for the providers to reach their customer base, more frequent, and better tested updates become available.

It’ll take longer than the next three years to become a truly cloud-based society, but the massive jump we’re seeing from strictly on-premise to purely cloud-based, or hybrid, shows we’re only moving forward from here. Now is the perfect time to start thinking about the future of your business and how to best meet your growing needs.